Every month of the year, there is an Apostle day. Last month was Saint Matthew's, next month is Saint Andrew's. And today we honour two rather quiet figures (their voices do not sound in Holy Scripture): Simon and Jude. Simon was called the Zealot, and was perhaps an actual member of the religio-political movement in the first century that aimed to free the Holy Land from Roman control by military means and guerrilla tactics. Needless to say, Simon is not known to have associated with that movement after his calling and the name could simply signify his personal zeal for the Law of God, and so for the glory of God.

Saint Jude, aka. Thaddaeus, is better known to us today, because he is often called the patron Saint of hopeless causes. One of Jude's letters - a rather short one - sits in our collection in the New Testament. This letter has a common theme that it shares with other early letters, that of the spirit of anti-Christ, which ever threatens belief in Christ, and seeks to draw believers back to the world. In this case though, anti-Christ may have infiltrated the Christian community itself:

"Godless men, long since destined thus to incur condemnation, have found their way secretly into your company, and are perverting the life of grace our God has bestowed on us into a life of wantonness; they even deny Jesus Christ, our one Lord and Master... they pollute nature, they defy authority, they insult august names.... Such men sneer at the things they cannot understand; like the brute beasts they derive knowledge only from their senses, and it serves to corrupt them...Godless and sinners, with how many ungodly acts they have defied God, with how many rebellious words have they blasphemed him! Such men go about whispering and complaining, and live by the rule of their own appetites; meanwhile, their mouths are ready with fine phrases, to flatter the great when it serves their ends. But as for you, beloved, keep in mind the warnings given you long since by the apostles of our Lord Jesus Christ; how they told you, that mocking spirits must needs appear in the last age, who would make their own ungodly appetites into a rule of life." - Epistle of S. Jude, 4, 8, 10, 15-18

It sounds a little like our present anti-Christian culture, doesn't it? I think this has always been so. It has been at rare moments in history that the Church has had any sort of moral claim on society in general, without the heavy arm of the secular law on her side. But, even then, there will always be those who mock the moral life of the Christians and our beliefs, and do so openly. The solution to living in such a situation is first to build up the spiritual life of the Christian community...

"It is for you, beloved, to make your most holy faith the foundation of your lives, and to go on praying in the power of the Holy Spirit; to maintain yourselves in the love of God, and wait for the mercy of our Lord Jesus Christ, with eternal life for your goal." - Epistle of S. Jude, 20-21

...and then challenge the rival philosophies and even go so far as to avoid the company of those who refuse to be corrected.

"To some you must give a hearing, and confute them; others you must pluck out of the fire, and rescue them; others again you can only pity, while you shun them; even the outward fringe of what the flesh has defiled must be hateful to you." - Epistle of S. Jude, 22-23

Right, then, it's time to see if we remember all the Apostles by name. Let's set them all out with a memory assist: 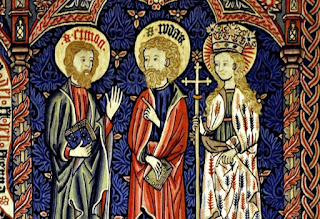 On the tallit, the prayer shawl 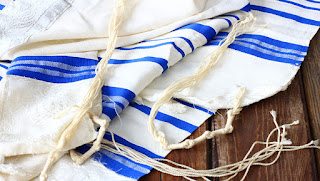 "This, too, was the Lord’s word to Moses, 'Bid the Israelites pass blue cords through the corners of their cloaks, and hang tassels on them; reminding themselves, as they look on these, of all the commandments the Lord has given them. They must not let their thoughts and eyes wander free, into all manner of unfaithfulness, but rather bethink them of the Lord’s decrees and carry them out, a people set apart for their God; and that God the Lord, who brought them out of the land of Egypt to make them his own people." - Numbers, 15: 37-41

More information here. It's all wonderful.

This is the weekly recap of the Mass intentions during the week. Sunday Mass was offered for the repose of the soul of Francis Spencer (+); may he rest in the peace of Christ. Mass was offered on Thursday for the Holy Souls; may their ordeal be speedily ended. Mass was offered today (Saturday) for the people of the Parish. Since Sunday Masses now have requested intentions, this general intention is usually carried back to the Saturday. If you are a parishioner here at S. Joseph's, I ask of the Holy One for you the ancient blessing of the levitical order (Numbers, chapter 6):
"The Lord bless thee, and keep thee;
the Lord smile on thee, and be merciful to thee;
the Lord turn his regard towards thee, and give thee peace." 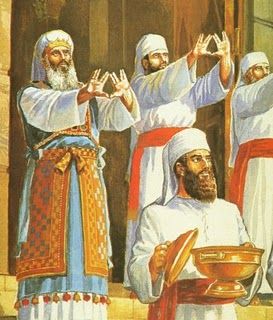 Here's a simplified explanation of the Hebrew Temple built in Jerusalem.
at October 24, 2020 No comments:

On the ancient Nazirite vow

The sixth chapter of the book of Numbers has caught my eye several times because of its theme of self-dedication to God. The Nazirite dedicated himself to God for a prescribed period, during which he abstained from strong drink, and let his hair grow, this last being a sign of dedication. He or she also kept away from dead bodies, which polluted the worshipper of God, according to the old Law. After the period of consecration was completed, the dedicated person presented victims for a burnt offering, together with a bloodless offering (token offering), and a final victim for a welcome-offering, then shaved his hair off and threw this into the fire along with the third victim. All this is in Numbers 6. After making the final offering, the Nazirite was able to drink wine again. Why does all this interest me so much? Well, Our Lord Jesus Christ was dedicated to God for a specific purpose - the redemption of His people - and this was solemnised soon after his birth at the Presentation in the Temple (fourth mystery of the Holy Rosary). There is no sign in the Gospels of any of the other conditions of the vow mentioned above, but interestingly the figure of the Crucified Man in the so-called Turin Shroud has a very long braid of hair visible in the image left behind: 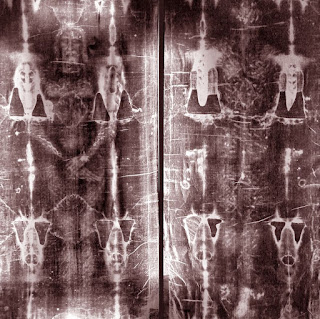 Therefore, despite any pictures we may have seen of Christ with shoulder length hair, He may never have had his hair cut, He may have worn it in a braid down his back. We do know, however, from Gospels accounts, that (at least for that period of his ministry) Christ was no stranger to drink, nor did He keep away from the dead. In fact, He seems to have been very good at bring life back to them. So, Christ was not keeping the Nazirite vow strictly. Nevertheless, we also know that he didn't keep strictly other items of the Law, such as the Sabbath observance, when it came to helping people and drawing them towards salvation. He scolded the orthodox Jews of his time for the superficiality of their observance of the Law (Gospel of Saint Mark, 7). Nowadays, it is fashionable for the Fathers to talk about pastoral exigency - of breaking the rules in order to help people. It's not a new principle, if its precedent is apostolic, based on something the Apostles saw themselves. Maybe, just maybe, Christ could be a Nazirite - dedicated to God - while occasionally permitting Himself drink, when seeking the salvation of souls. Also, He seems to have thought that the dead He was about to revive were not dead, but sleeping (Gospel of Saint Mark, 5: 39-40). And it need not be said that, among all men, He alone could release people from a vow that He had given to Moses and Aaron for the people, centuries ago.

There is another famous Nazirite from the Old Testament that many school-children know all about, because his dedication to God produced an extraordinary blessing in his mortal body (Judges, 13-16). Samson, great among the Judges of ancient Israel, was super-humanly strong, according to the record. But his strength left him when one of the conditions of the Nazirite vow was broken - his hair had been treacherously cut away. That story never ever mentions drink (perhaps taking it for granted?), or contact with the dead (although Samson was a great warrior and slew crowds of Philistines). But the moment his hair was shorn, his strength left him. 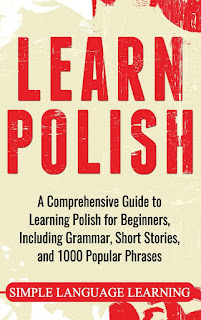 I do mean read, because learning to actually speak it at my age would be rather difficult. Anyhow, I got this book, because the cover says 'a comprehensive guide.' One of the attractions of the study of language is its analytical nature, which appeals in particular to the systems of thinking I was taught by mathematics and engineering when I was younger. Polish is a rather difficult language, compared to the various Romanic languages I have developed some limited fluency with (Portuguese, Italian, Spanish, French), and it will take some work. So I'll give this a year; not just this progressive grammar book, but - later on - the careful reading of a familiar novel translated into the Polish language. That, I've found, is an excellent way to build vocabulary. How about this one?

The book of Numbers and the great census

If you've ever wondered why the book of Numbers, fourth book of the Torah, is called that, you need only run quickly through the first few chapters. Here is a sample of the great census of the fighting men of Israel from the beginning of the book:

I remember reading books in seminary that cast doubt on the fact that more than 600,000 people (and Numbers is here actually counting only fighting men, and exempting the Levites) could have made their way through the sea in the great Exodus story, and then across the desert to the holy mountain. One of the priests teaching at seminary had this theory that as the people made their way through the wilderness, they met and recruited other tribes they found along the way (see Numbers 11:4). I find that idea interesting; it would mean that the young Israelite nation was not composed solely of the actual descendants of the patriarchs Abraham, Isaac and Jacob (not that all the escapees from Egypt were actual descendants), but that the Israelite identity (if we may use that modern term, and compare the situation to the Roman identity while the Empire still lived, and the present-day national identities) was an umbrella for a growing confederation of Semitic tribes that must have found something compelling about the new religion that was being instituted by God at Mount Sinai. This idea also explains the apparent disappearance of the native Canaanite people in the Holy Land, once the Israelites arrived and began to take possession of the land: these people to different degrees may simply have adhered to the new religion and become part of the covenant people. 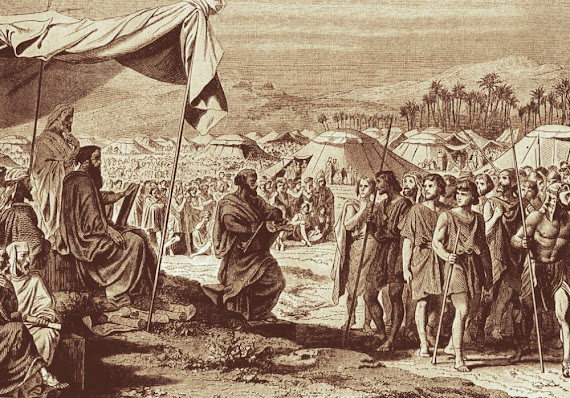 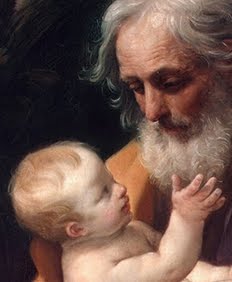 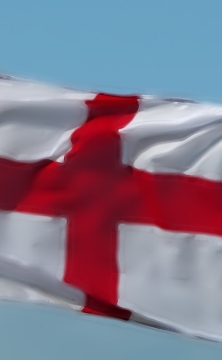 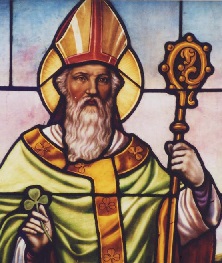 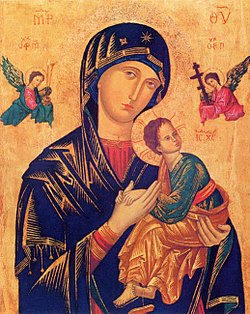 Pray for thy children. 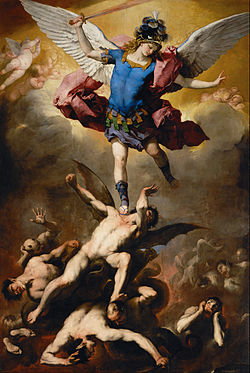 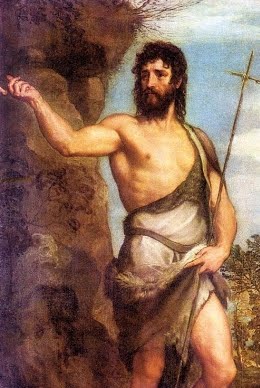 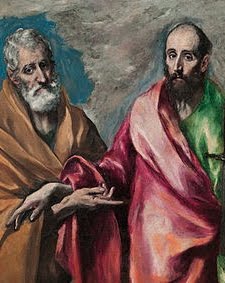 Seven gifts of the Holy Spirit

Pages on this blog 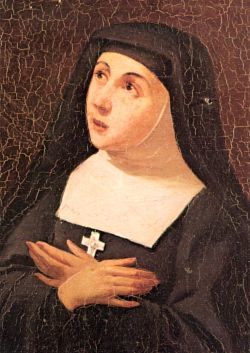 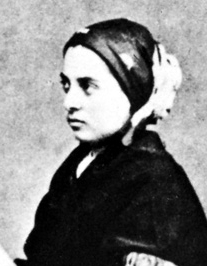 Saints Francis and Hyacinth of Fátima 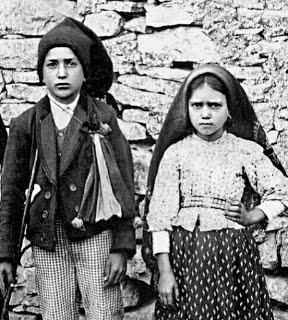 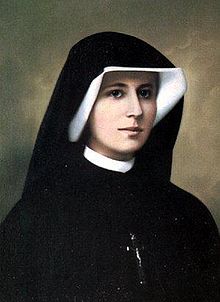